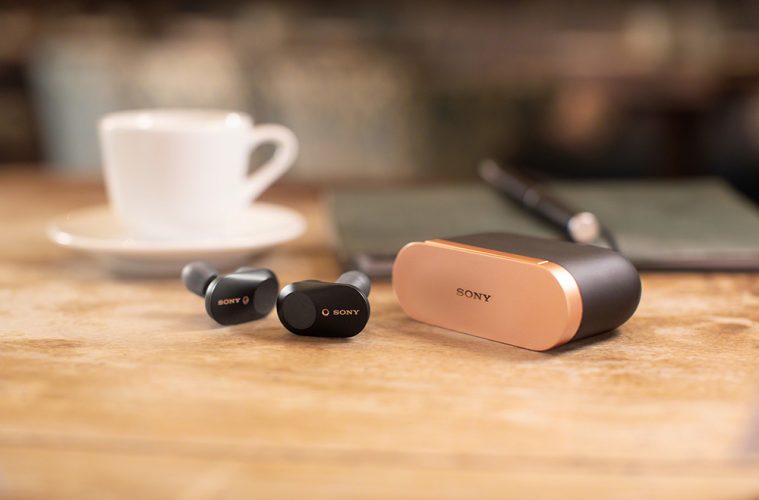 If you love Sony’s award-winning 1000x series of active noise cancelling headphones, you will be thrilled to know that the company is expanding the family with the new WF-1000XM3 true wireless earbuds.

The WF-1000XM3 comes in two variants – Black and Silver. While it’s not Sony’s first true wireless earbuds with active noise cancelling, the WF-1000XM3 is the first to be equipped with its proprietary QN1e HD Noise Cancelling Processor.

Unlike most conventional ANC headphones that uses a single microphone for ambient monitoring, the WF-1000XM3 utilises the Dual Noise Sensor Technology which has one feed-forward microphone and one feed-back microphone on the surface of the headphones to catch more of the ambient sound around the user.

The QN1e then cleverly creates an inverted sound wave to offset bothersome background noise. Not only is the QN1e more effective, it also uses less power than conventional ANC processor.

Sony says that the WF-1000XM3 is powered by a “newly developed BLUETOOTH® chip” that allows for L/R simultaneous transmission which means that both left and right earbuds receive audio content at the same time, rather than the conventional left-to-right relay Bluetooth transmission. It also has a new and optimised antenna structure that gives you a highly stable wireless connection.

Designed for commuters on the move, the WF-1000XM3’s Quick Attention mode lets you communicate with others without removing your earbuds. Just place your finger over the touch panel to quickly lower the volume when needed.

The WF-1000XM3 will be available at selected Sony Stores, Sony Centres and Sony authorised dealers from mid-July 2019 at a recommended retail price of S$ 349.00.