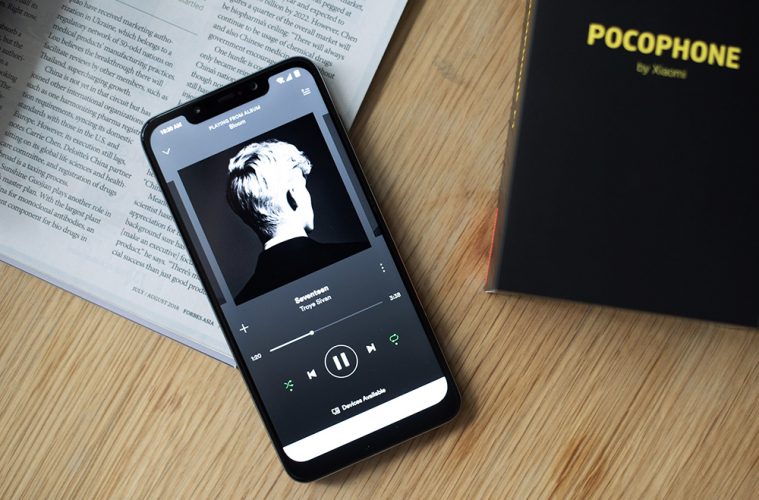 Xiaomi has a branding issue. The Chinese company that is known for its low prices, well designed products is facing an uphill battle getting consumers to pay more for its products. Enter Pocophone, the company’s sub-brand that focuses on making phones with high-end specs at mid-range prices. Its first phone, the F1 will be launched first in India, an indication of Pocophone’s ambition in dominating the world’s largest emerging market. We managed to get our hands on the F1 as a limited quantity has been brought into Singapore by Authorised Mi Stores and here’s our review of the Poco F1. 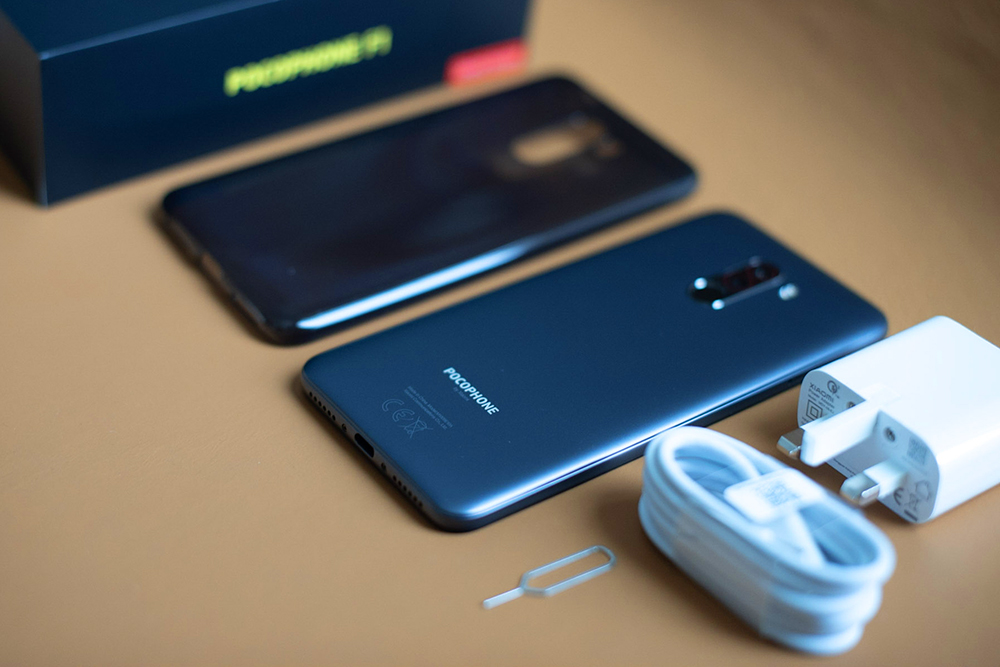 The Pocophone F1 comes with some pretty standard accessories. You get the Pocophone F1, a power adapter, Type-C USB cable, SIM card ejection tool, a user guide and a dark clear soft case. Even though the F1 has a built-in 3.5mm audio jack, the phone didn’t come with a pair of earphones like most phones. 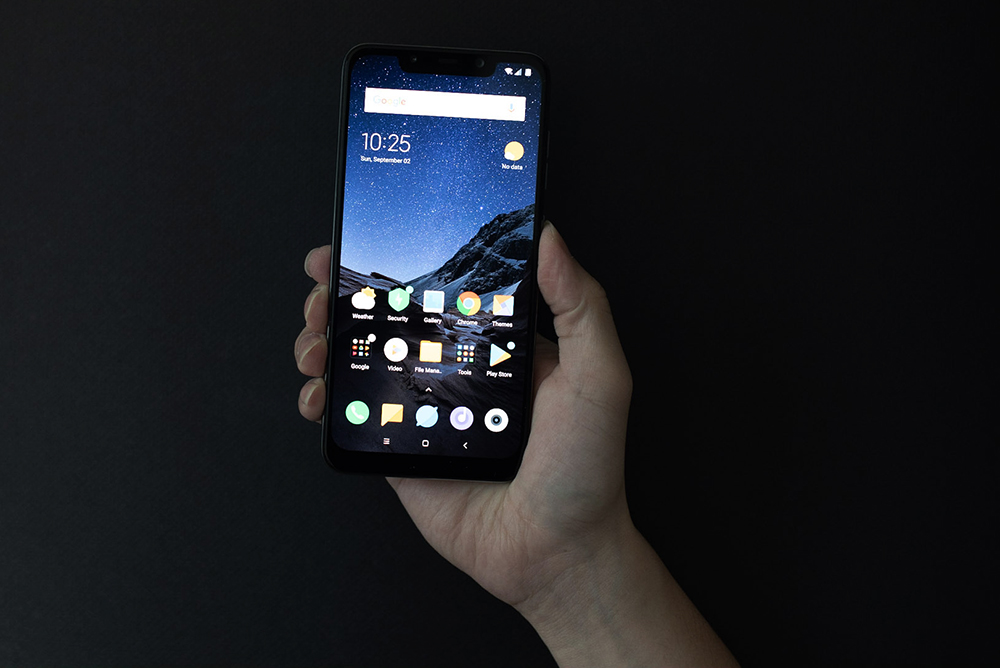 For S$449, you get the Pocophone F1 in Singapore with 64GB of internal storage and 6GB of RAM. Specs-wise, the F1 is a beast. It has the latest Snapdragon™ 845 processor, putting it in the same league as other flagship phones like the OnePlus 6, Samsung Galaxy S9/Note 9 and Oppo Find X, which cost almost 3 times the F1.

Its large 4000mAh built-in battery promises two-day battery life, similar to the Samsung Note 9. The F1 also supports Quick Charge™ 3.0, which with its bundled 18W adapter will let you go from flat to 50% in just 30 minutes for those days you forget to charge your phone.

Even more fascinating is the fact that the Pocophone F1 comes with its own cooling system. Calling it Liquidcool Technology, it is placed above the Snapdragon 845 chipset to dispense the heat away from the processor to other parts of the phone. This helps to keep the phone cool, thus maintaining peak performance. 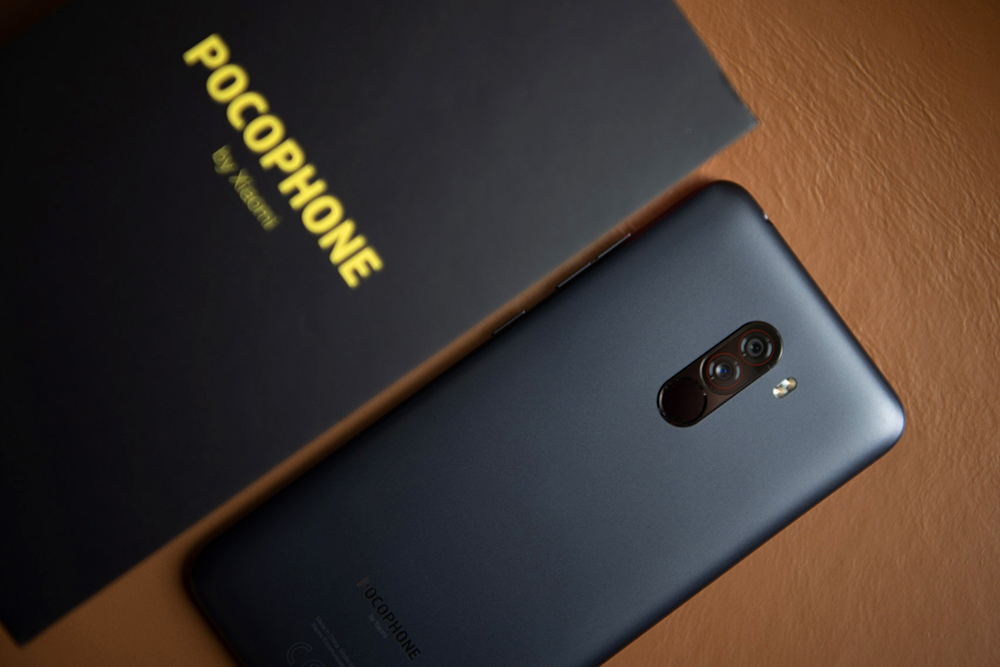 In terms of camera, the F1 has a 12MP + 5MP AI dual-camera with 1.4μm pixel sensor. Like most flagship phone cameras, the Pocophone F1 can identify 206 common scenes to intelligently adjust the images taken and optimize them.

The AI-mode of the camera is rather subtle and less dramatic than the ones on the Huawei Nova 3i. Comparing between the two images, the AI simply identify the objects as buildings and proceed to brighten the under-exposed parts of the images. 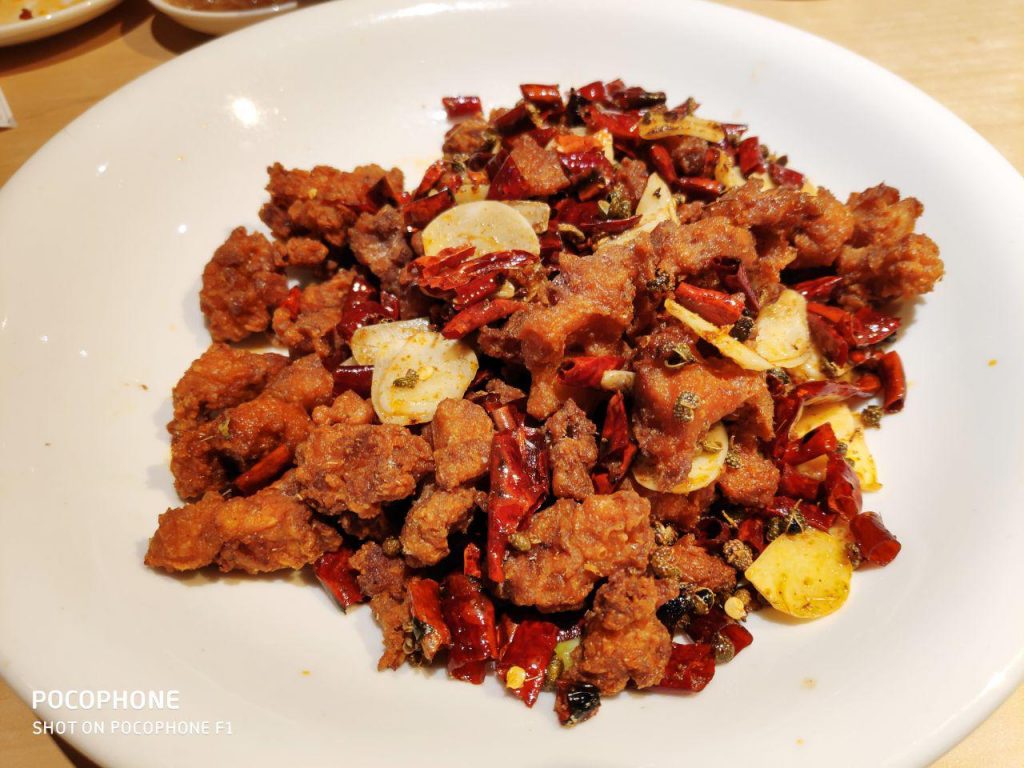 Overall, while the camera was fast to capture, I found the quality of the photos taken on the Pocophone F1 to be only average. The Samsung Note 9, Huawei P20 and Google Pixel clearly leads the way in Android smartphone photography. So if camera quality matters greatly to you, you might wish to skip the Pocophone F1 all together. 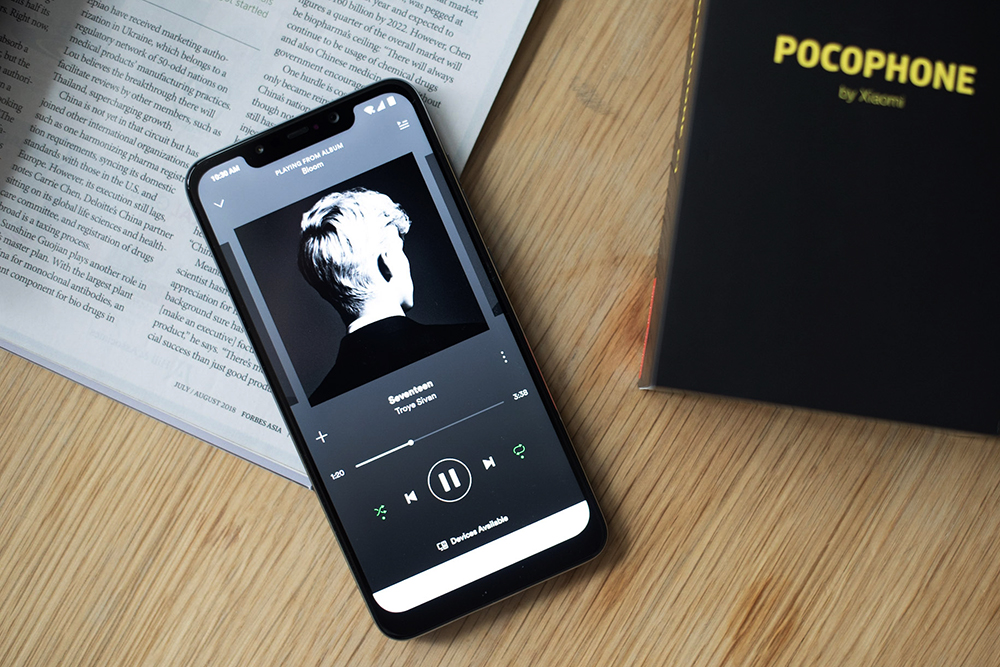 The Pocophone F1 runs on Xiaomi’s MIUI 9.6 with slight Poco tweaks that also features an app drawer. If you’re new to the MIUI, I’m happy to say that it feels snappy and fluid thought it does comes with quite a few pre-installed apps (read: bloatware) which you can uninstall at a later time if you wish. 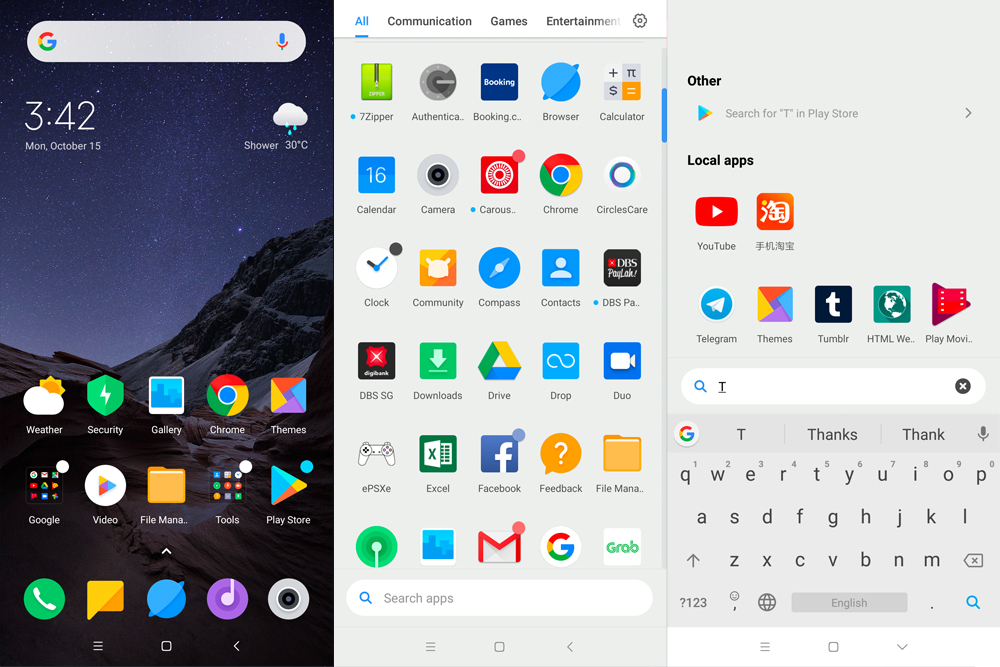 If you have ever used a Xiaomi Android phone, you should be pretty familiar with the interface. The MIUI 9.6  lets you search for apps and even group apps by color, allowing you to find similar-colored apps easily like Whatsapp and Spotify etc. Xiaomi says that it will release the MIUI 10 OS running Android Pie at a later date. 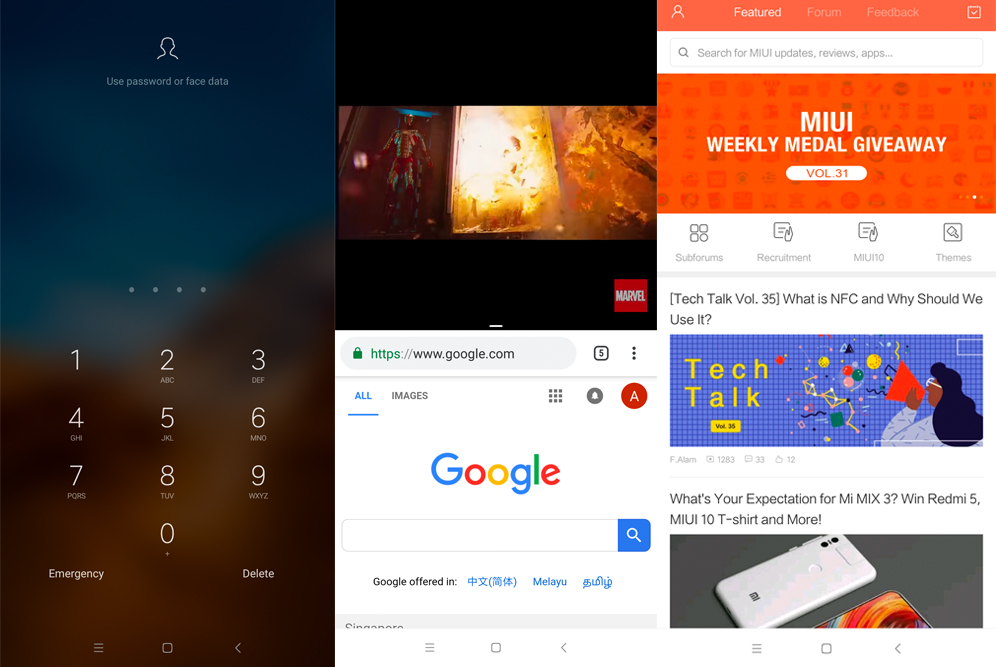 The Pocophone F1 also allows you to unlock your phone simply using facial recognition. While the iPhone’s Face ID uses a combination of IR lights and depth comparison, the Pocophone F1 doesn’t feature any advanced 3D face mapping feature. Instead, it relies on just using IR lights which isn’t as secure but in our tests, it was quick and accurate. The MIUI also allows you to multi-task using its split-screen feature. Overall, the UI was snappy, fast and straightforward – much thanks to its Snapdragon™ 845 processor. 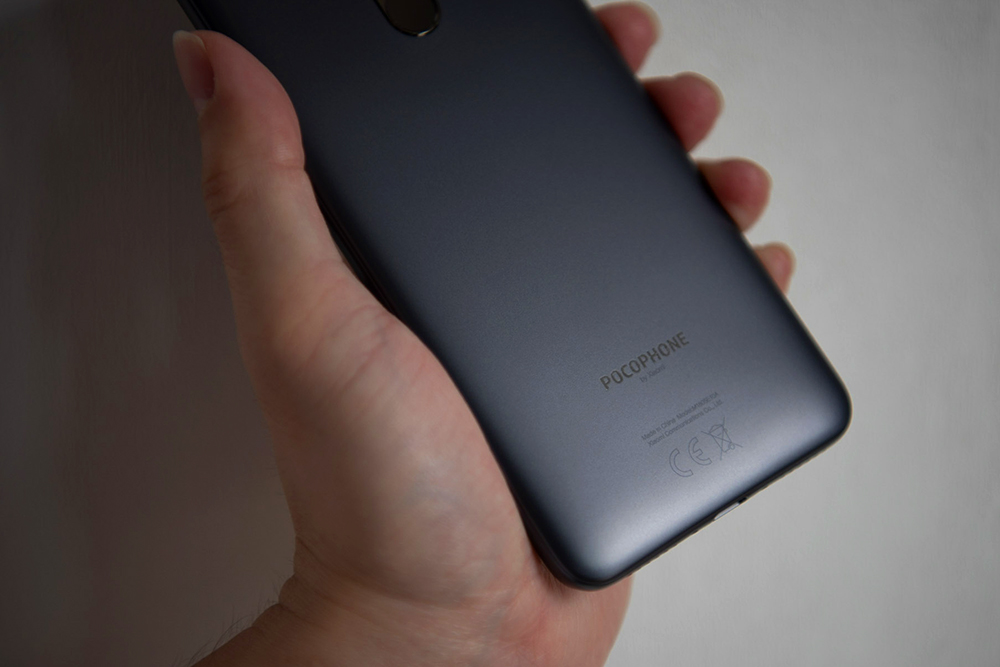 To test out both the Pocophone F1’s cooling system and the Snapdragon™ 845 processor, we played several rounds of PUBG and Shadowgun Legends back to back, watched HD videos on YouTube with full brightness and basically tried to max out the number of apps while multitasking. While the phone got slightly warm after an hour of intense usage, there were no signs of the phone struggling to keep up much thanks to the Andreno 630 GPU and 845 processor.

If performance is what you’re looking for in a phone, you will not be disappointed with the Pocophone F1. 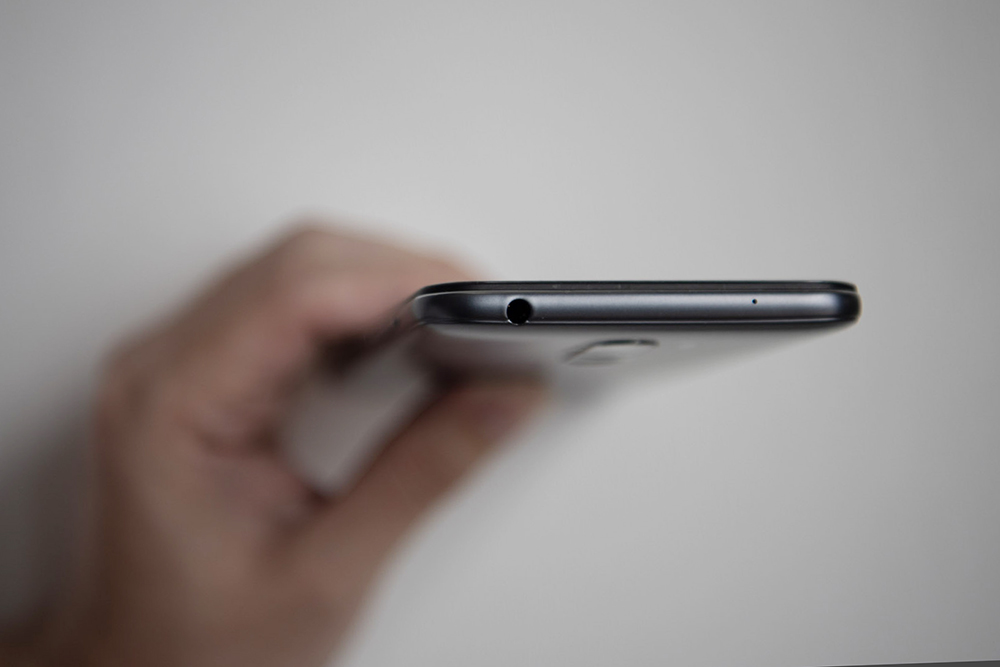 There’s a lot to lobe about the Xiaomi Pocophone F1. In the Chinese company’s first attempt to create a budget flagship phone under a new brand, the Pocophone F1 got many things right. We loved how solid the build of the phone is and the inclusion of the latest Snapdragon™ 845 processor with its own cooling system were definitely music to our ears. While the official SRP is S$449, we have seen some Mi Stores in Singapore promoting the phone at S$399 which makes the deal even sweeter. 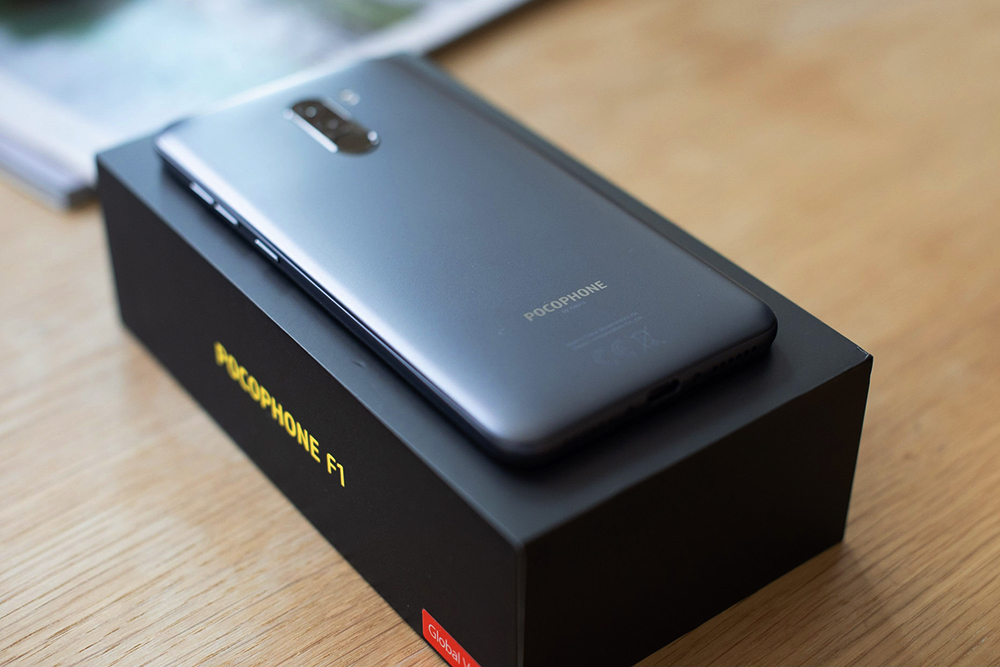 Yet the exclusion of a glass back for wireless charging and a less than stellar camera might be a deal breaker for some. But for most, the Pocophone F1 is ahead of the curve as far as budget flagship smartphones are concerned.