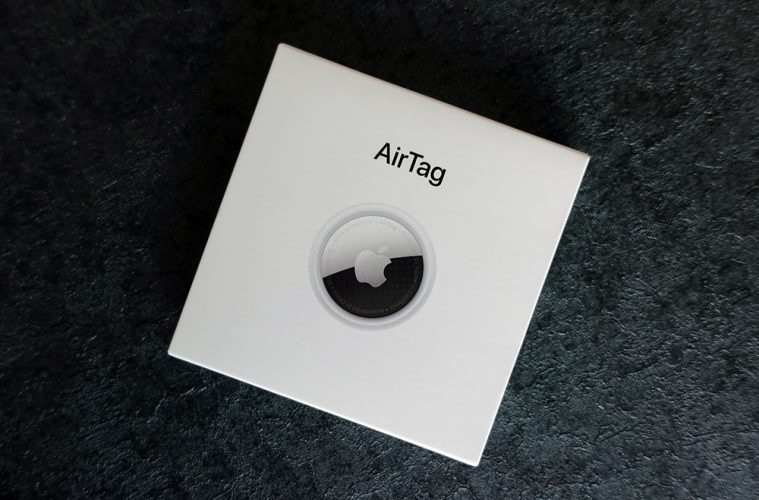 If there’s one thing you should know about me, it’s that I lose my stuff all the time. Probably the only reason why the receptionists at both my office and gym remembers me well is because of the ridiculous number of time I have approached them for a temporary pass. So when an ex-colleague gave me a set of Tile Trackers as a farewell gift (which I had also misplaced a few of them shortly after), the humour wasn’t lost on me.

Tile trackers was first launched in 2013 and over the years, the company made them in different shapes and sizes. The Tile App uses low energy Bluetooth frequencies to locate the tracker which shares many similar features as the AirTags including utilising crowd-sourcing to locate a lost device. That’s where Apple – with its huge installation base of iPhones – trumps the Tile Tracker.

The AirTag comes in a single tracker (at S$45) or a pack of 4 for S149 (S$37.25 each). Unlike the tile tracker, it has only one color and design option but knowing Apple, it’s only a matter of time where the AirTag will be made available in other color options (possibly to match the iPhone’s range of colors). The AirTags can be purchased directly from Apple.com, the Apple Retail Store or any of its authorised resellers.

One perk of purchasing from Apple.com is that you are able to customise your AirTag by engraving up to 4 letters or emojis. You can also mix and match letters/numbers with emojis.

Apple also have some safeguards in place to ensure that your engraving stays civilised. For example emoji that depicts 🐴💩(horse shit) and of course the 4-letter F*word were disallowed in the input field.

Right out of the packaging (yet it’s not even a box), all you get is the AirTag. If you wish to hook this onto your bag or use it as a keychain, you would have to purchase an additional accessory like the Belkin Keyring ($19), Belkin Strap ($19), Apple Leather Keyring ($55), AirTag Loop ($45) or similar ones on Taobao which will cost a fraction of those available on Apple’s official website.

Setting up the AirTag is really simple. First you have to wake the AirTag up by pulling out the plastic tag from the battery. Once you have done so, place the AirTag close to your iPhone or iPad (it needs to run iOS 14.5 and above) for it to be detected. After it is connected, you will be able to name it (“Backpack”, “Wallet”, “Keys” etc) and you’re done!

AirTag promises an easy and effective way of keeping track of your stuff. To help you find your misplaced item, you can simply play a sound on the AirTag using the Find My app. You may even ask Siri to find it for you.

For iPhone 11 and iPhone 12 users, the AirTag also utilises Precision Finding (base on the ultra-sideband technology) to show you the distance between you and your AirTag if you’re close to your AirTag.

The AirTag constantly sends out low energy and secure Bluetooth signals that can be detected by Apple devices that passes by. Once it has been detected, the latest location will be updated in your Find My app. If you have marked it lost, the AirTag will allow the device to retrieve your contact information and get in touch with you.

With such tracking devices, privacy is definitely a top concern for the user. Apple promises that your location data and history is never stored on the AirTag itself and all data are anonymous and encrypted.

If someone wishes to track your location by dropping an AirTag into your bag without you knowing, fret not. If your iPhone detects an AirTag that is not registered to you, it will notify you of its presence.

Also, if the AirTag belongs to a friend that is walking beside you, your iPhone is also smart enough to only notify you of AirTags that are separated from its owner.

After using the AirTag for several months, I no longer feel the anxiety of fearing that I might lose my keys or not know where they are just as I needed to leave home. The AirTag is so small and unintrusive that you will probably not realise you have it on till you needed to track it. Granted that it is slightly expensive even at the bundle price of $37 each, but if you are deeply invested in the Apple ecosystem and are prone to lose your stuff, the Apple AirTag is a no-brainer device to get.