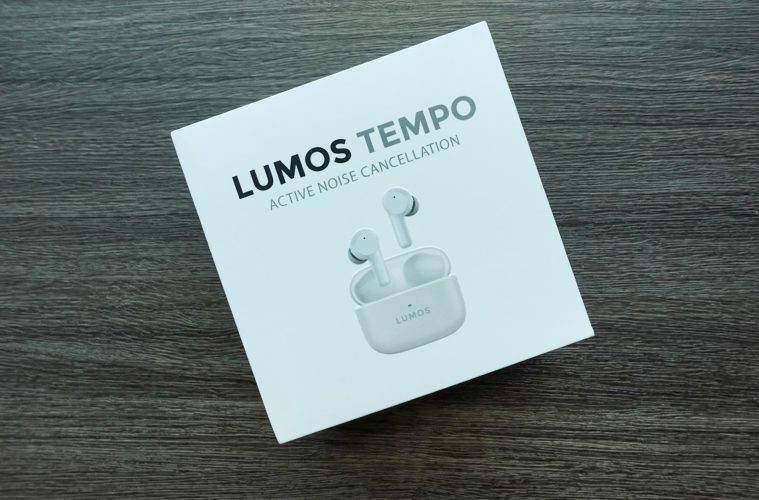 Lumos Tempo Review – An AirPods Pro Alternative at Half the Price

The local company behind the Lumos AURO, RAY and NANO is now venturing into the audio territory with its latest LUMOS TEMPO ANC TWS earbuds.

Here are some of the specs of the LUMOS TEMPO:

The LUMOS TEMPO comes in a sleek, white box packaging that looks like the Apple Airpods.

Comparing it with the Apple Airpods Pro, the LUMOS TEMPO is roughly the same size, maybe just a tad thicker. You will find that both are very similar in design. So if you like the Airpods Pro design, you will love the LUMOS TEMPO.

Drive deeper into the box and you will find all the common accessories that are usually included in a pair of earbuds. You get the LUMOS TEMPO earbuds and charging case, 3 pairs of eartips and a USB-C cable.

At the back of the charging case, you will find a button that allows you to do a hard reset of the earbuds (press and hold the button for 10secs till the earbuds and case blink all at the same time). A USB-C port can be found at the bottom for charging purposes. The LUMOS TEMPO does not support wireless charging at the moment.

The earbuds are secured (very tightly) to the charging case via magnets. The good thing is that you will not find yourself in a situation where your earbuds are not charged as it wasn’t secured correctly in the charging case or the earbuds drop out of the case while you’re not paying attention. The downside is that it does take an effort to get both earbuds out of the case.

In terms of the earbud design, LUMOS went with the very popular stick design. This gives you better mic performance as the pics are directed towards your mouth and it is less bulky. Like most TWS earbuds in the market, the TEMPO are also water and sweat resistant.

The LUMOS TEMPO comes with touch controls at the back of the earbud. This allows you to control the music controls, turn on Music/Gaming audio and also toggle between Active Noise Cancellation and Ambient modes.

By defult, the earphones are set to Music Mode. However, if you’re using the TEMPO for gaming, its best to switch to the Game Mode (tap on the left earbud twice) which is of lower latency.

One of the key selling points of the LUMOS TEMPO is its ANC. And after testing it out on the train, bus and even in my room, I am glad to say that the level of noise-cancellation is pretty remarkable! Turning ANC on (double tap twice on the right earbud), you will immediately feel the vacuum in your ears and instantly, the surrounding ambient noise would be tuned out.

Turning on Ambient Mode lets you hear the surrounding noise around you, giving you more situation awareness (or just to eavesdrop on your colleagues and friends).

Sound-wise, the LUMOS TEMPO has a balanced sound signature that focuses more on the midrange and treble without having overwhelming bass. They are balanced and spacious with good imagining. This is what LUMOS engineers have specially calibrated, called the Trinity360 Sound, which makes the audio richer & more comfortable to the ears.

So should you be getting the LUMOS TEMPO? At $179, it’s less than half the price of the AirPods Pro. Yet, the LUMOS TEMPO has good built-in ANC, Ambient mode and different sound profiles (music and games). It looks great, is lightweight, and fits securely in your ears. Sound-wise, it is very balanced. Battery life can also last up to an impressive 30 hours, which is one of the highest in the market.

Above all, I am impressed at LUMOS’ debut effort in its true wireless offering. At this price point, it may be one of the best alternative to Airpods Pro while still offering such top features. LUMOS does provide 1 year of local hardware warranty for peace of mind and has a total of 30 hours of battery life which is one of the highest battery life for TWS earphones in this price range!