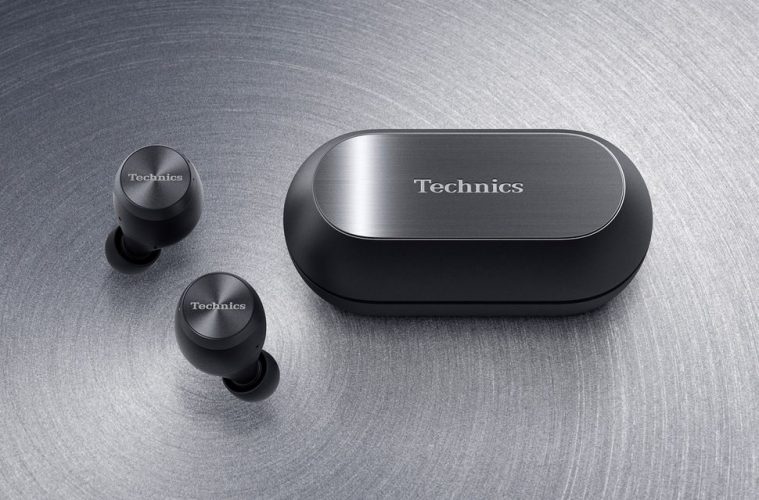 Klipsch, the new official headphone and portable audio partner of McLaren F1 team are celebrating the partnership with a range of audio products. The one that particularly stands out is the Klipsch x McLaren T10 True Wireless earphones in striking orange. Klipsch is calling these earphones the “world’s smallest, lightest and smartest true wireless earphones” which are also 95% recyclable. It also has the world’s thinnest inductive charging case with state-of-the-art magnetic doors that is inspired by the McLaren supercars.

With all the world’s firsts, it’s no surprise that the Klipsch x McLaren T10 True Wireless also comes with a world’s first U$999 pricing for a true wireless earphones. They are expected to be available in the later part of 2020.

Following up on its well-received Elite 75t true wireless earphones, Jabra has announced the new Elite Active 75t. The main difference is an improved IP rating (from IP55 to IP57) and also an additional 5 colors.

Technics are officially announcing its competitor to the Apple Airpods and Sony’s WF-1000XM3 with the all-new EAH-AZ70W earbuds. Equipped with active noise-cancellation, the EAH-AZ70W lets you hear only your music on your daily commute. Audio-wise, the EAH-AZ70W has two 10mm driver made up of a graphene-coated diaphragm that “enables transparent, high-pitched and clear middle sound ranges”.

The EAH-AZ70W also has touch controls, simultaneous left and right audio streaming and IPX4 splash resistance with a total of 18 hours of playback timing. It will be available from June.

The new 1More True Wireless ANC as its name suggests supports two levels of hybrid active noise cancellation with a pass-through mode. Audio-wise, the earphones are equipped with hybrid dual-driver balanced armature drivers that promise unrivaled sound quality even with ANC turned on.

For controls, the 1More True Wireless ANC has touch-sensitive panels at the back of the earbuds and also infrared sensors for auto play/pause when you remove or insert the earphones into your ears. With a full charge, 1More says that the earphones can last up to 6 hours (without ANC on at 50% volume). There’s also a fast charge feature that gives you 2 hours of juice with just 15 minutes of charging.

The Audio-Technica ATH-ANC300TW Truly wireless in-ear headphones come with digital hybrid noise-canceling technology that provides the highest degree of QuietPoint® ambient noise reduction. It is IPX2 water-resistant and supports Qualcomm TrueWireless™ Stereo Plus technology on compatible devices. The earphones have a battery life of 4.5 hours on a single charge with another additional 13.5 hours of playtime with the charging case.