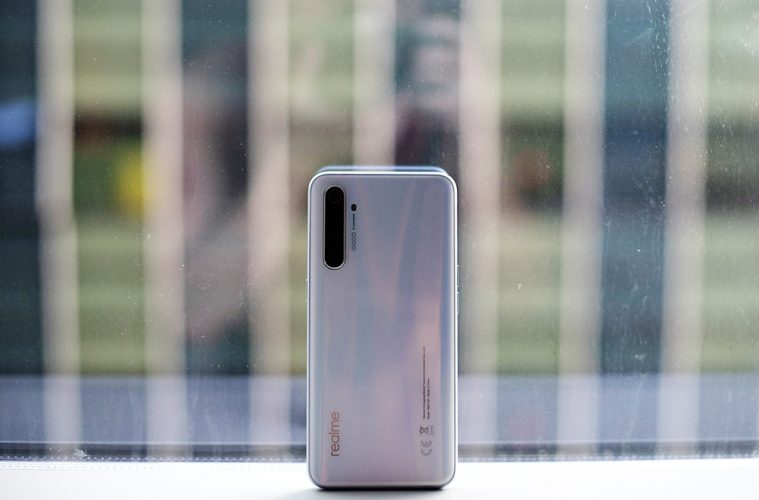 I won’t blame you if you have never heard of the mobile phone brand “Realme”. Started in 2010, the brand operated as a sub-brand of OPPO until it established its own brand and operations in 2018. OPPO’s former vice president and head of its overseas business department, Sky Li, tendered its resignation to head the new company. Since then, Realme has successfully entered 20 markets including China, India, South East Asia, and Europe. What’s most impressive is that in 2019, Realme shipped 400% more mobile phones than the previous year to conquer 14.3% of the Indian smartphone market – ahead of even Apple and Huawei.

It was only in mid-Nov 2019 that the company decided to enter the sunny shores of Singapore. For its launch, Realme chose its mid-range XT phone to make its market debut.

The Realme XT is what the company is calling a “high tech and high fashion” smartphone. It features a 6.4″ FHD+ Super AMOLED display with a 91.9% screen to body ratio. Weighing just 183grams, the XT measures 158.7 x 75.2 x 8.6mm in dimension. Under its hood is a Qualcomm Snapdragon 712 octa-core processor with 8GB of RAM and 128GB of storage space. Overall I really love the size and weight of the phone. It feels really well built yet at the same time, light and small enough to be operated with a single hand.

At the bottom of the XT is a speaker vent and also a Type-C USB port for charging. It is interesting to see the XT still has a 3.5mm audio jack when even flagship phones like the Samsung Galaxy S10 doesn’t have one. However, the phone isn’t powered by any audiophile DAC (unlike the Vivo NEX 3) nor does it come with in-ear earphones which seems like a strange omission on its part. While the phone is Dolby Atmos-certified, the audio coming from the loudspeaker was quite underwhelming, probably due to the single speaker vent located on just one side of the phone (many phones utilize a speaker on each side of the phone to recreate a stereo audio effect).

One of the main selling points of the Realme XT (and any other modern smartphones really) is the camera. The Realme XT boasts a 64MP Ultra Clarity Quad camera with a “flagship-level” sensor. This quad-camera includes 4 lenses: normal, macro, wide-angle and portrait. The 64MP camera is capable of taking 9216×6912 ultra-detailed photos and its ultra-large 1/1.72” Samsung GW1 sensor is up to 34% bigger than a 48MP sensor with an F1.8 large aperture for low-light photography.

The camera UI of the Realme XT is fairly straightforward. You get the usual HDR, wide-angel and filter options and you can also easily toggle between the video, photo, portrait mode. There is also a beautifying effect is that is your thing and the “AI” powering the camera will automatically detect the object that you’re shooting and adjust to the best camera settings to accommodate it.

For example, in the above shot, the camera detected that it is a “scenery” shot and thus enhanced the green and blue hues in the photo. I find that most Android cameras tend to over saturate images, which pleases the majority of the users (“at least it’s not washed out”) but is untrue to the actual scenery.

One feature that the Realme XT has that even the Apple iPhone doesn’t have is the in-display fingerprint scanner. The setup process is similar to the Apple’s Touch ID where you need to place your finger multiple times on the same spot in different angle. While the scanner works well, the locking isn’t as fast as Apple’s Touch ID or the Vivo’s NEX 3. Besides using fingerprint, you can also unlock your phone via the facial scanner or by typing in a passcode.

While having a dual-sim slot is nothing new on Android phones, the Realme XT incorporated 2 SIM card trays and a microUSB card slot (most Android phones combine the SIM card and microUSB slot in the second tray). The phone supports up to 256GB of external memory, which gives 384GB in total.

Powering the Snapdragon 712 AIE processor. While it isn’t the latest or the most powerful chipset by Snapdragon, specs-wise it is a fairly capable chip to drive a mid-range phone like the Realme XT. This gives the phone a superior battery life, faster performance and also its ability to shoot 4K videos.

For its system UI, Realme chose the ColorOS 6 that is built above the Android OS. If you have ever owned an OPPO phone, you should be familiar with the ColorOS as it is the main OS powering most of OPPO’s phones. Overall the UI feels very fluid and clean, pretty much like the stock Android OS that comes with the Pixel phones.

There are many things to like about the Realme XT. Firstly, at the price S$439 (when on sale) is quite a steal for what you’re getting. You get a well-designed phone with the very popular gradient glass back, a quad-camera, headphone jack, and a very good screen. At the end of the day, the Realme XT is still a mid-range phone at a sub-S$400 price point. We wished it had some degree of water-resistance, a better built-in speaker and a camera that is more truer to life in terms of color reproduction.

But as it is, the Realme XT has delivered incredible value and it’s not hard to see why the brand is taking the India market by storm.