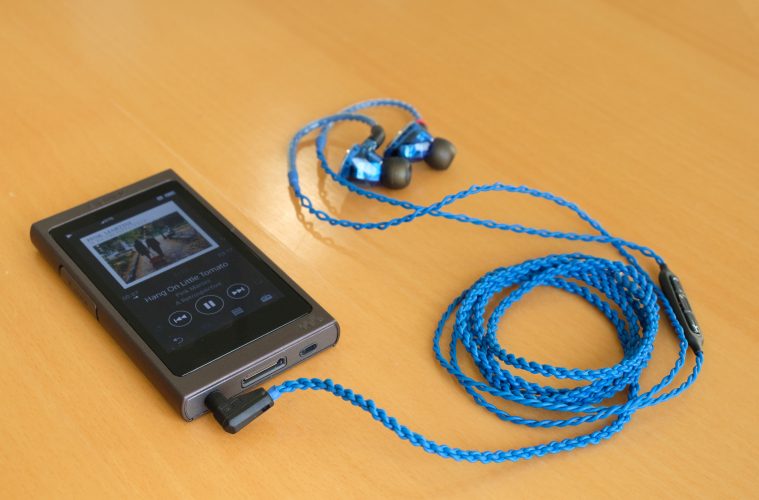 My first taste of Sony’s Walkman line of digital audio players was with their entry-level NW-A25, which has since been discontinued. Recently, as part of their Sony Days promotions, I got the new(ish) NW-A45 at 20% off, and this is my review of it.

The NW-A45 is part of the Sony A40 series of digital Walkmans (Walkmen?), and replaces the previous NW-A35, which looks largely the same. It features a 3.1″ capacitive touch screen with a resolution of 800×480, as well as physical power, playback controls and a lock button to prevent accidental triggering while the player is not in use. The NW-A45 shares largely the same UI as the other touch-screen models, including the flagship NW-WM1Z. It has 16GB of memory on-board, and is expandable to 256GB via microSD cards. 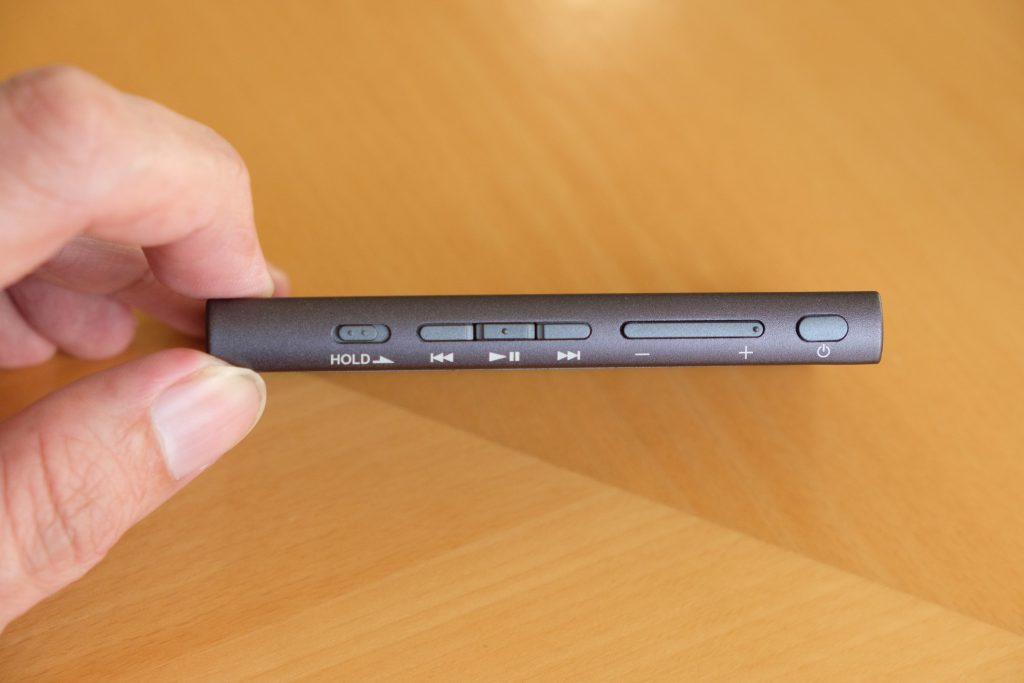 There’s also the NW-A46, which has 32GB of onboard memory, and comes bundled with a pair of Sony IER-NW500N noise-cancelling headphones.

Besides the usual file formats like MP3, FLAC, ALAC, etc, the A45 also supports playback of Direct Stream Digital (DSD), as well as the new Master Quality Authenticated (MQA). Another interesting feature is that it can also function as an external USB DAC for your PC or Mac.

Bluetooth 4.2 and NFC connectivity are available on the player, and there’s also support for aptX and Sony’s LDAC, which promises much higher bitrates, and thus also a higher quality of audio playback to supported Bluetooth devices.

The NW-A45 comes in a simple cardboard box consisting of the player itself, a proprietary USB cable and the quickstart guide. Nothing fancy here, but it serves its purpose for an entry-level player. 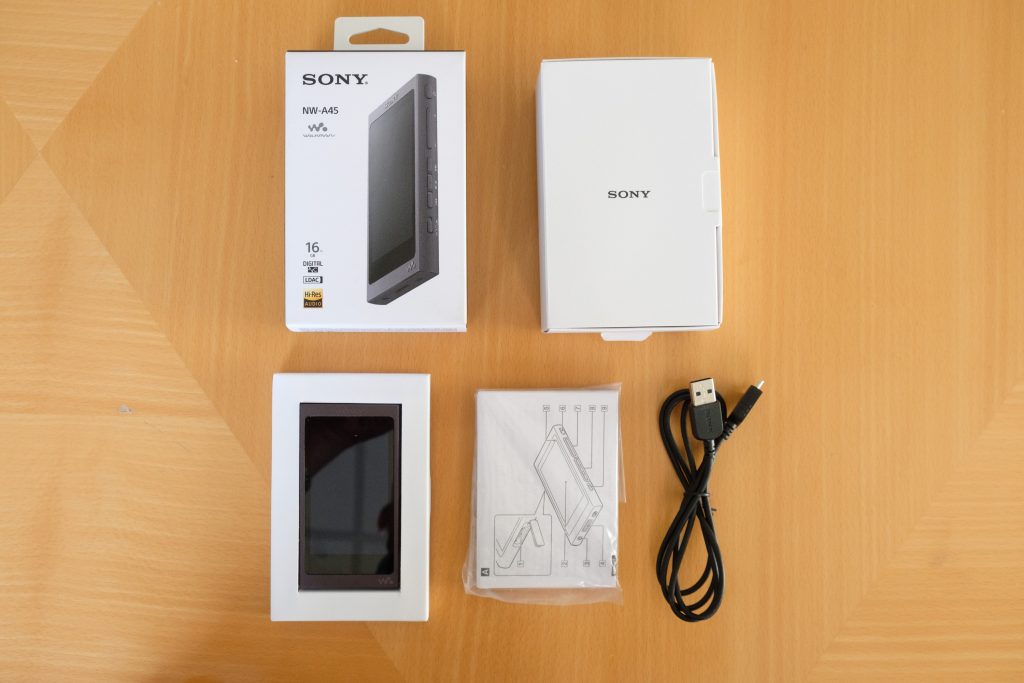 The Sony UI is pretty straightforward and simple to use. You can browse for your music by Album, Artist, Song title, or by folder and filenames. I find the last option to be rather annoying to use, but I am sure there are some people who prefer that as they don’t tag their music files properly. 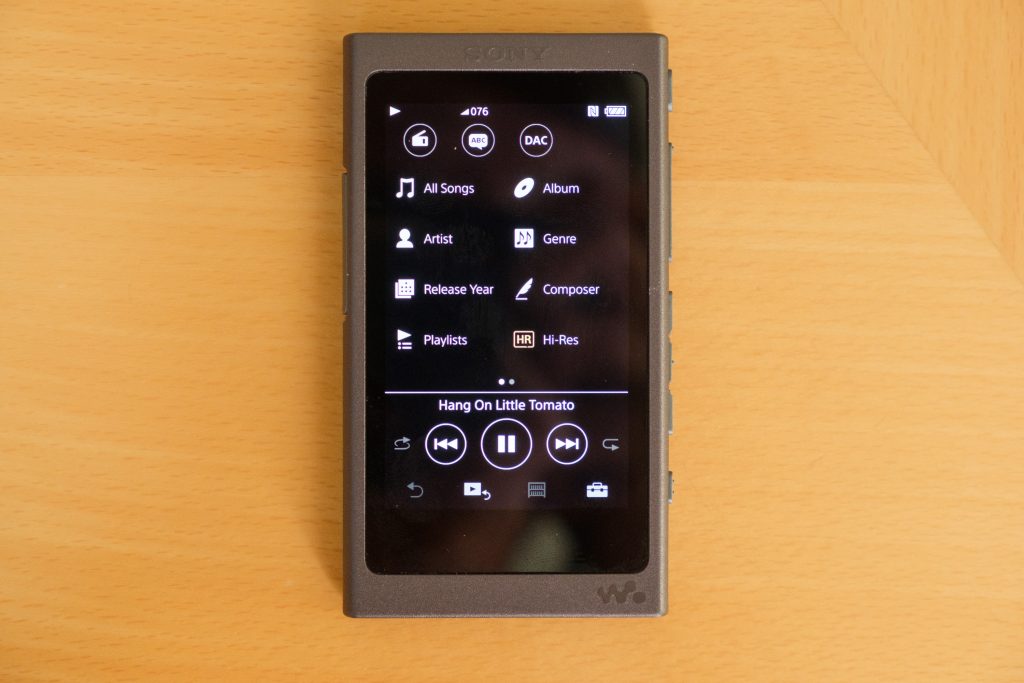 There’s a slight lag in the UI compared to modern smartphones, but nothing compared to the extremely laggy UI found in even the higher-end Astell and Kern players costing much more. 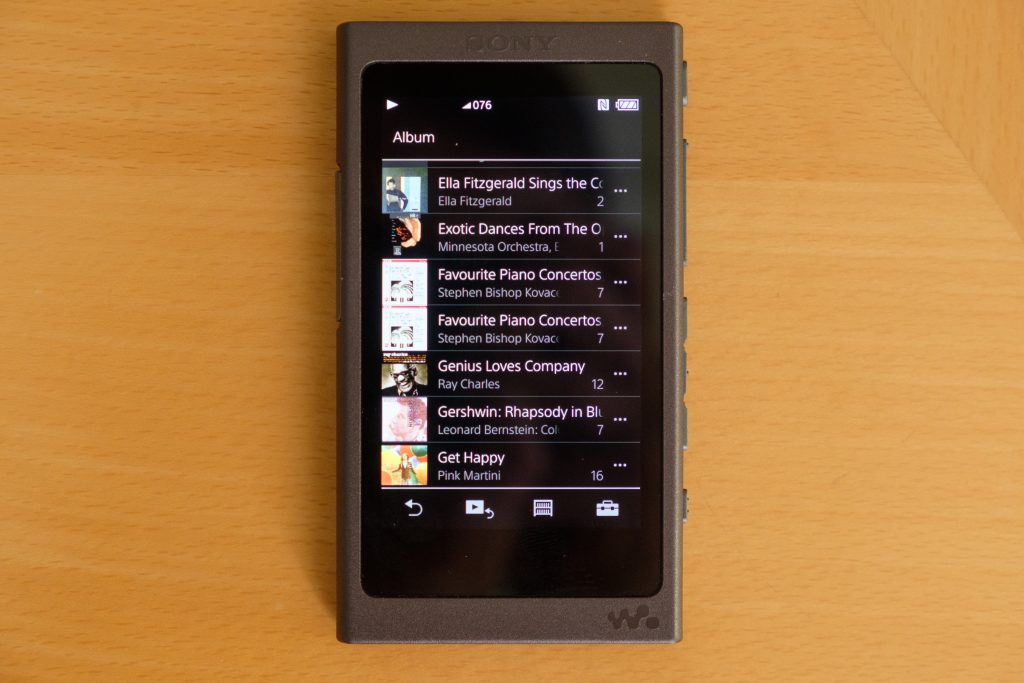 One thing I like about the NW-A45 is that there’s a on-screen shortcut to get to the “Now Playing” screen. On the older NW-A25, it is a series of button presses to get there as there is no touch screen. 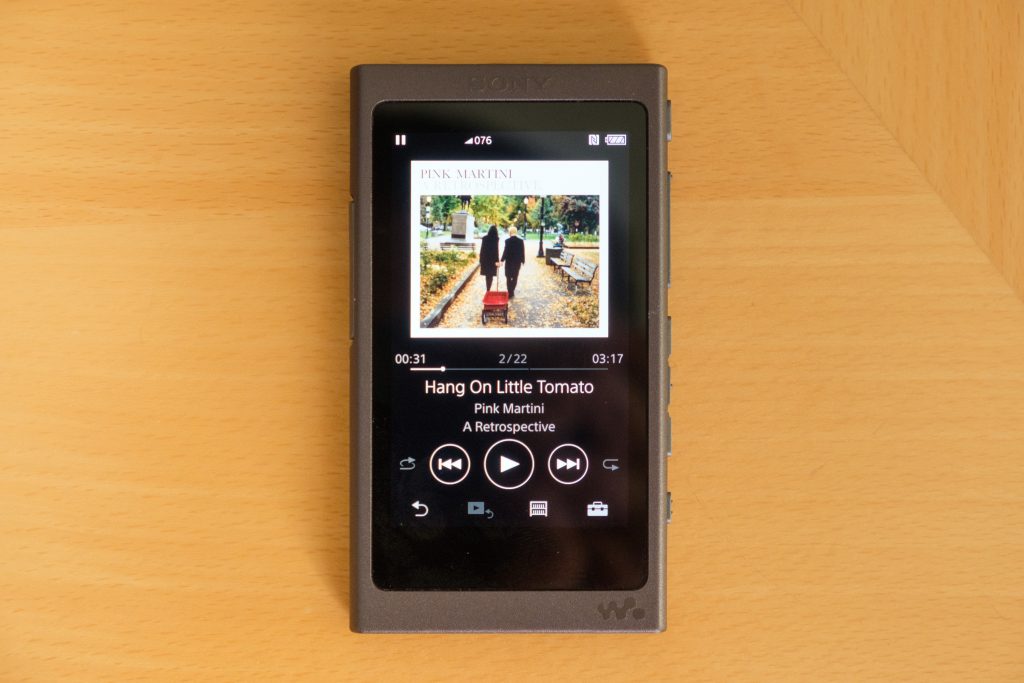 This is an area which the NW-A45 does not disappoint. I have been using the NW-A25 for quite some time now, and I quite like the audio quality of it. The NW-A45 takes it a notch higher. The headphone output of the NW-A45 is also capable of driving larger headphones like the AKG K7XX, the Sennheiser HD58X, and the EMU Teak. This might be due to the S-Master HX amp that Sony has put in the player, which delivers a higher output (35mW) than the one used on the A25.

As a classical and jazz lover, I tested the NW-A45 mainly on classical and jazz tracks. The sound stage is reasonably wide, and the detail resolution is brilliant. I can easily hear the different layers of the music, as well as the separate instruments. There is a sense of fullness to the sound, with a deep and tight bass and clear, detailed treble without sounding too bright.

I also tested the NW-A45 as a USB DAC on my iMac and it performed well too. It is also able to decode MQA files, whether via USB or via the player’s internal memory. However, I am somehow unable to get my Windows 10 PC to work properly with Sony’s drivers, though.

After listening to the NW-A45 for an extended period of time, I switched back to listening to Spotify Premium, and found it to be very lacking – a testament to the advantages of a high-quality dedicated audio player compared to a smartphone.

There are also audio enhancement options like DSEE HX and equaliser, but I did not test them as I prefer to hear audio that’s not been changed.

If you are looking for a mid-priced digital audio player which plays a wide range of file formats, definitely give the NW-A45 a go. You can purchase it online, or from Sony authorised dealers. The Suggested Retail Price (before discount) is S$299. With the NW-A50 just released, you might be able to get it at a discount too.